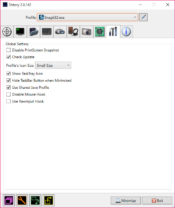 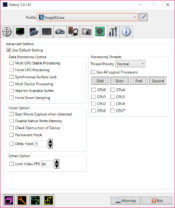 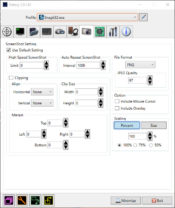 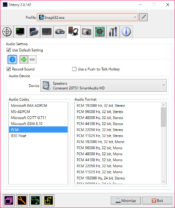 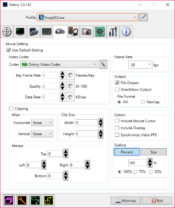 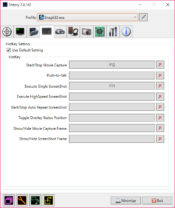 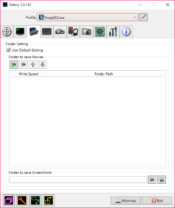 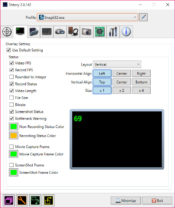 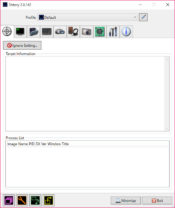 Dxtory serves a particular purpose of allowing you to capture footage on your screen using DirectX or OpenGL programs and then saving the footage to the AVI format.

It is a simple tool in essence. It’s lightweight and simple to use, and it serves one main purpose: to offer you the possibility of capturing the screen using DirectX or OpenGL tools and then saving the footage into the AVI format.

It’s employed with hotkeys and other additional tools, such as the ability to tailor the entire experience to your needs completely.

Hotkeys and Other Settings

When you get started with Dxtory, you’ll see that it’s a simple tool at its core, as the app comes with a short installation.

After that, you’ll have the freedom of setting up a few things inside the interface, such as setting up the hotkeys that will enable you to capture the footage instantly, as well as the ability to control a few other settings.

Among the more popular settings are the frame rate, codec, clip size, alignments, arrangements, and other settings that allow you to customize the footage to your needs.

You’ll also be able to choose whether you want to capture the mouse, synchronize the video FPS, along with a few other settings that you’ll want to configure before getting started.

At the core of the features inside this app are the screenshot and footage-taking abilities. You’ll be able to take screenshots of the defined area of your screen or the entire screen if you want.

You can also select the format of the files you’ve saved them to – among the more popular are PNG, JPEG, TGA, BMP, as well as AVI, which is not common in these types of apps.

Other settings, such as mixing and cropping settings, will give you a bit more control over the products that come out in the end.

An additional fantastic feature is Shadowplay, the capability to record the previous 20 minutes of your gameplay if you have the option enabled. Please take into consideration that Dxtory needs .NET Framework 4.0 to be installed on your computer.

Dxtory is a simple app that aims to help you capture footage of your screen using OpenGL or DirectX tools.