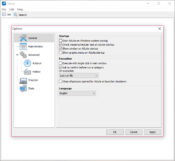 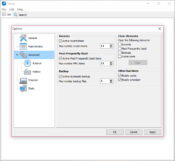 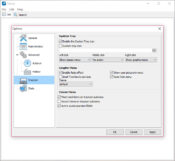 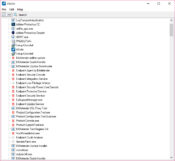 If you think that accessing files and programs on your computer is the fastest by using hotkeys, then you’re missing a trick.

There are applications such as ASuite that allow you to launch applications and .exe files by simply pressing a combination of keys, also known as hotkeys. It allows you to ditch shortcuts and have a cleaner desktop once again.

The workspace that you’ll be able to create with this app is a straightforward one. You’ll be able to organize all of the most accessed files into the workspace, which not only saves you time, but it also makes it easier for you to access files quickly.

To make the process easy, you can simply drag files onto the main menu or the main screen. That way, you’ll have all of your most popular files in one location. Alternatively, you can also populate this list by adding the information in a more traditional way, which is by adding information of the file, such as the custom name, home page, descriptions, and other details.

Use Hotkeys to Launch Apps

If you’re spending too much time opening and finding your shortcuts for your apps on the desktop, then this application is perfect for you. You can simply set up hotkeys for your most popular applications, and then simply close this app, or rather minimize it. From there, when you need to open one of the applications, you can simply press this combination of keys and get it open.

For easier access, you can set the app to launch when you open your computer, so that you won’t even need to spend time opening this app. All you will need to do is press the desired combination of keys, and open the applications the combination is set to. You can also make recurring changes to the schedule of opening apps, which can be done with this tool easily.

This app is a massive time saver. That’s especially true if you have many applications on your computer, and if you spend a lot of time browsing your desktop, trying to locate the shortcut you’re looking for. Instead, you’ll simply be able to use a variety of hotkeys and button combinations to conserve time and make the most out of your work instead.

ASuite is a lightweight and fantastic app that lets you set up hotkey combinations for opening your most popular applications and executable files on your computer.

You can do that by dragging your most popular apps into the window and then setting up the combination for the app in order to open it.

BlackTop
BlackTop is a simple and

Launchy
If you're searching for files

Ultimate Settings
Change the behavior of your